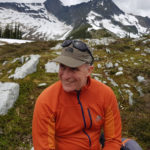 After spending 15 years in the fire service, Richard co-founded Pied A Terre Adventures, with Kirstie, in 2011. With more than 20 years’ experience of exploring mountains, his infectious passion for the great outdoors is clear for everyone to see. Richard holds an impressive number of professional outdoor qualifications, including Walking Group Leader, Hill & Moorland Leader, Nordic Walking Instructor, Level 2 Award in First Aid for Mental Health, NNAS Tutor Award, Mountain Leader and International Mountain Leader (IML). As Pied A Terre Adventure’s Lead Guide, he has led many walks, guiding and training adventurers in both the UK and overseas. Richard loves nothing more than sharing his joy of the outdoors with his clients and helping them to overcome challenges on their adventures, whether it’s a fear of heights, learning to map read or conquering a summit.

Until recently, Richard was a volunteer Community First Responder, providing first aid in the local community before the arrival of an ambulance. Now he focuses his spare time on being a Team Leader for Sussex Search Dogs.

When he has spare time, which isn’t often, Richard likes relaxing with his family and embracing a slower pace of life, enjoying movie nights at home or at the cinema. 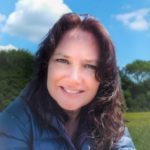 Along with Richard, Kirstie co-founded Pied A Terre Adventures in 2011. A lover of the natural environment, Kirstie’s passion lies in helping people to connect with the world outside their office, home or classroom. She is a firm believer that nature and fresh air create the ideal environment for fantastic learning experiences, long term health benefits and spiritual wellbeing, no matter who you are.

Kirstie’s main pleasures in life are immersing herself in the countryside, discovering new routes and appreciating the wonders of nature whether that’s at work or in her spare time. She also enjoys photography and has a keen interest in the weather, including cloud spotting. She has been known to storm chase from time to time. 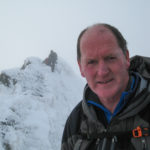 Having climbed every British mountain (some of them several times), it’s fair to say Andy relishes the chance to take on a summit. As our highly experienced Lead Guide, Andy is also a Winter Mountain Leader and an International Mountain Leader. Born and bred in Scotland, mountains are part of Andy’s DNA, and his inherent enthusiasm for the outdoors rubs off on everyone he meets. One of his favourite parts of working at Pied A Terre is introducing like-minded people to the places and lifestyle he loves and helping to equip them with the skills to discover wild places for themselves.

Andy has a degree in Geology and has a particular interest in understanding the landscape. Having worked as a geologist for more than 30 years, Andy’s love for the landscape has evolved into a lifelong interest in the natural world, including birds, flowers, culture, history and language. He is specifically interested in Gaelic, and his home hills of Scotland.

In his spare time, Andy will often be off on his own adventures in the wild places of the UK or abroad. He considers himself a ‘lifelong learner’ and is currently studying Astronomy via the Open University. 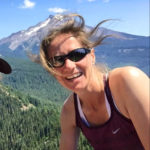 Having started out taking a Summer Mountain Leader award in 2005, Ali hasn’t stopped since and has built up an impressive list of qualifications. These include International Mountain Leader, Climber Wall Instructor, Mountain Bike Instructor, D of E Leader and Assessor, and Fellow of the RGS. Ali is also a guidebook and travel writer, which provides a further outlet for her to share her passion for the outdoors. She regularly writes for leading outdoor magazines and is also an ambassador for Meindl footwear.

When she’s not out guiding with Pied A Terre, Ali is a fulltime Deputy Head of PE for a Sussex school. She enjoys mountain biking, paddle boarding and exploring the hidden holloways and trails across the South Downs National Park. A keen traveller who has travelled extensively throughout the world, Ali tries to get away as much as possible and has set foot on every continent except Antarctica. Alongside this, she is a passionate geographer and Fellow of the Royal Geographical Society. She can regularly be found at its Monday night lectures, or listening to its backlog online. 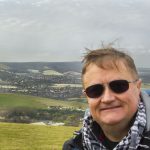 As well as being a qualified trainer and outdoor instructor, Dave is an incredibly talented professional photographer, videographer and photojournalist. A keen traveller at heart, he has had the privilege of visiting many amazing places throughout the world. Dave enjoys nothing more than meeting people and helping them to appreciate the different aspects of being outdoors, teaching them new skills and developing an understanding of nature. One of his favourite walks is assisting with the Tea Room Guide Walks and he can verify that the cream tea is very, very good!

When he’s not working his magic with Pied A Terre, Dave enjoys going to the cinema and model railways. He also takes an annual trip to the USA where he photographs storms. 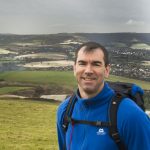 Mick joined Pied A Terre in 2011 and has been inspiring people to embrace the outdoors ever since. Having worked as a watch manager and qualified trainer with the Fire Service’s Search and Rescue team for more than 18 years, Mick’s extensive knowledge, combined with his enthusiasm and humour, makes him popular with all our adventurers both young and old. He finds great pleasure in discovering new routes and connecting with like-minded people in the outdoors.

Like everyone here at Pied A Terre, Mick spends much of his spare time walking and exploring the countryside and likes getting out and about with his wife and dog. His other hobbies include dog training, going to the gym and riding motorbikes. 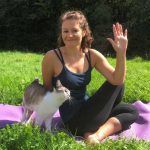 Charlotte has been practising yoga since 2006, becoming a certified 200-hour teacher with the Yoga Alliance UK in 2017. Specialising in Hatha Flow Yoga, Charlotte runs mini yoga retreats in a beautiful yurt, set in the peaceful West Sussex countryside. Guests can enjoy a truly special environment where they can relax and nourish both their bodies and minds through breathing techniques and meditation. Her classes will leave you feeling restored and energised, ready to face whatever life throws at you next.

Charlotte loves making a difference to her students and relishes hearing how yoga has helped make a difference to their lives. When she’s not standing on her head or balancing on one leg, she is busy being a freelance PR consultant and enjoying the benefits of ballet barre, body pump and body combat classes.

Maggie the Rhodesian Ridgeback is Pied A Terre’s faithful companion and chief sandwich taster. Her specialist skills include chasing squirrels, assisting with picnic consumption and accompanying the team on long walks. One of her favourite bits about working at Pied A Terre is tasting the delicious food from all the amazing local producers they encounter on their travels and acting as the head of quality control. Full of energy and always raring to go wherever her paws take her, Maggie’s friendly personality makes her an instant hit with anyone who meets her.

When she’s not bounding across the beautiful hillsides, Maggie can be found playing football, sunbathing or snuggled up on any available sofa taking a well-earned nap.

This website uses cookies to improve your experience while you navigate through the website. Out of these cookies, the cookies that are categorized as necessary are stored on your browser as they are essential for the working of basic functionalities of the website. We also use third-party cookies that help us analyze and understand how you use this website. These cookies will be stored in your browser only with your consent. You also have the option to opt-out of these cookies. But opting out of some of these cookies may have an effect on your browsing experience.
Necessary Always Enabled
Necessary cookies are absolutely essential for the website to function properly. This category only includes cookies that ensures basic functionalities and security features of the website. These cookies do not store any personal information.
Non-necessary
Any cookies that may not be particularly necessary for the website to function and is used specifically to collect user personal data via analytics, ads, other embedded contents are termed as non-necessary cookies. It is mandatory to procure user consent prior to running these cookies on your website.
SAVE & ACCEPT